Gun laws are a big issue in the US. Some argue that more people need to carry guns as a deterrent against criminals. Others argue that allowing more people to own and carry guns would lead to more gun violence. The first natural step in this debate would be to compare US states in terms of gun ownership rates and gun violence rates to see if there are any correlations. So, I did just that. The graph below plots US states (each blue dot represents one state) in terms of gun ownership (as a percent of state population) and gun murder rates per 100,000 people. The plot indicates that there is almost no correlation between the two. If any, there is a weak negative correlation, which means higher gun ownership rates may be associated with lower rates of gun murders. 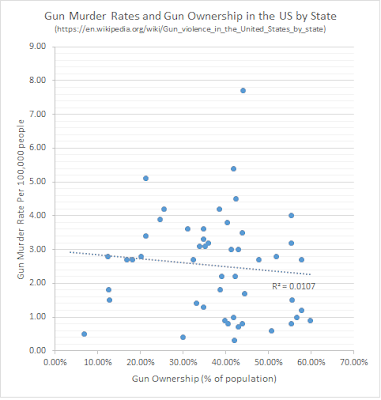 One state (DC) had an extremely low rate of gun ownership but it also had the highest rate of gun murders among all states. DC was excluded from the plot above, but if DC is added, the negative relationship becomes a bit stronger. In the plot below DC is the dot that shows over 16 murders per 100,000 people. 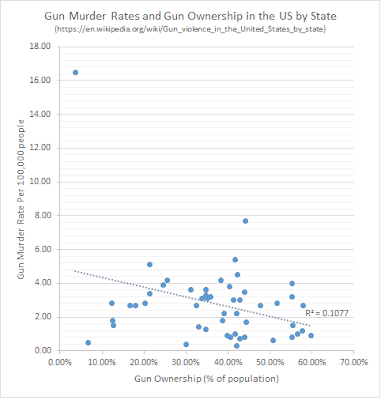 Thus, our rudimentary statistical analysis suggests that more guns does not mean more gun violence in the US.

Then again, some people argue that the US is in some ways different from the rest of the world. Let’s check if this is true for the correlation between gun ownership and gun violence. The diagram below shows gun ownership rates and gun murder rates for different countries. 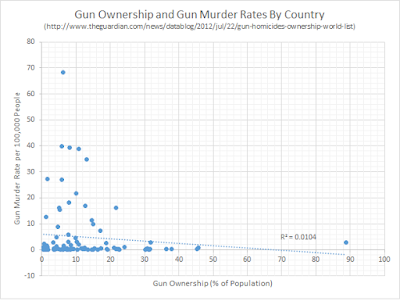 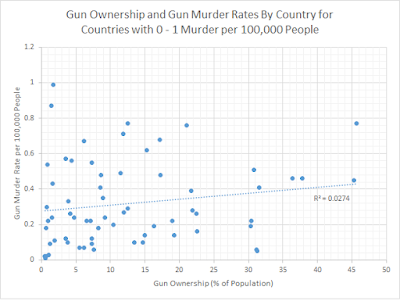 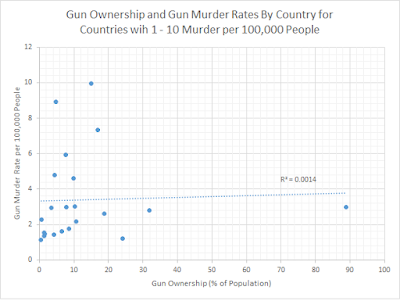 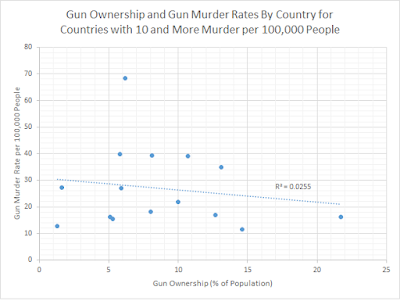