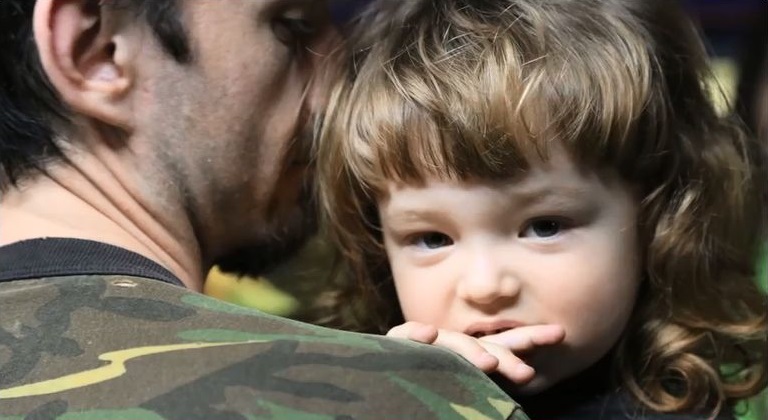 It worries me how militant many people are. It takes so little to persuade them that their existence is threatened and that military action is their only salvation. Although I understand that our brains were hardwired for tribal violence for hundreds of thousands of years because violence was often the best survival strategy, I believe we can consciously rewire them to make them better fit our current needs. And our current need is global peace, not tribal violence.

But even if we assume this unlikely outcome, we know that there will always be more necessary wars further in the future. So, if our assumption that war is sometimes necessary to prevent the rule of evil is true, it is statistically inevitable that the evil side eventually wins some of these wars.

If it is true that war is sometimes the only way of fighting evil, then, after the evil side wins, there is no way of persuading that evil side to become good. This means that we would eventually end up with a world ruled by evil.

In Canada, we often hear the following slogan: “They fought so we can be free.” Every new generation of school children gets to hear this slogan around Remembrance Day, when Canadians express their gratitude to the their soldiers that fought in the world wars. The fact that the slogan gets transmitted from generation to generation suggests that the argument for fighting in WW1 and WW2 is that if the Germans and their allies won, freedom would have been forever destroyed in all the places they took over.

Fortunately, it is not true that war is ever the only way of fighting evil.

There is an obvious historical example that contradicts this theory. Beginning in 1592, Europeans started invading North America and committing massive genocide of the indigenous population. They were the evil anti-freedom side in this conflict. However, most of us believe that human potential for freedom has not been destroyed in North America, even though the equivalent of the Axis powers conquered this continent.

We may not think that the British invaders of North America were comparable to Nazis, but historical research suggests otherwise:

“Hitler’s concept of concentration camps as well as the practicality of genocide owed much, so he claimed, to his studies of English and United States history. He admired the camps for Boer prisoners in South Africa and for the Indians in the wild west; and often praised to his inner circle the efficiency of America’s extermination – by starvation and uneven combat – of the red savages who could not be tamed by captivity.” — P. 202, “Adolph Hitler” by John Toland

Every time we perform the simplest of tasks, tasks that have minute negative consequences, we consider multiple scenarios, and we pick the scenario that we think is the most favourable or the least painful. But, most people’s imagination hits a brick wall when it needs to find more than one possible way of responding to a military intervention. Over eighty million people were killed in the two world wars. I can imagine many scenarios in which there are fewer than eighty million victims. In all of those scenarios, the ideals for which we claim those millions died would still be preserved.

Ghomeshi’s initial lengthy Facebook post “addressing” the allegations of inappropriate sexual behaviour simply screams a desperate need for acceptance. If there is one thing I learned from the Jian Ghomeshi case, it is that I will aim to teach my (“ethnic!?”) children not to seek acceptance of “native” Canadians at any cost. If someone sticks their nose in your personal life, you don’t justify your personal choices–you tell the nosy person where to go, even if that means you forego acceptance. You don’t need those who care about your personal life that much.

Apparently, everyone knew about his questionable behavior all along, but no one ever raised their voice because they feared for their careers. This shows that people are not brave enough to confront someone individually, but they are eager to run you into the ground when in a crowd. This makes me wonder who is next in line to be publicly destroyed beyond recognition. Well, at least people are not throwing stones at him.

Activists are racing to use Ghomeshi as a tool for promoting whatever their preferred message in political philosophy. Some are saying he is a symbol of a sexist society, while others are saying that he is a symbol of corporate power. Then there are those who use him as a symbol of the rape culture.
To me, his case is a great example of how quickly and how strongly the emotions of the masses can change from almost infantile adoration to almost infantile hate. This reminds me a bit of how wars start. They start with the seeds of these same emotions in the hearts of the people.

3. He had no friends

Another insight that we can gain from the Ghomeshi case is that he had no friends around him, only people who, in order to promote their own careers, would ignore his problematic behaviour. Friends tell you the truth even when they know you might retaliate against them. Jian, it is better to have only one friend who will stand with you in front of an angry mob than $55 million from CBC.

Now different slime bags are coming out with their “confessions” and their “conscience” and their “analyses” of their own culpability in the whole story. I have a piece of advice for any one of them who wants to earn some respect: Shut up, learn what you can from this, and then act in the future on the basis of what you had learned. The technical term for this kind of bahaviour is–adulthood.

This also reveals that the broader group of people implicated in this situation is lacking one basic lesson–you don’t accept favours from people you despise. Sure, that means that you will often forego money, power, prestige, fame, but what you get in return is–freedom, freedom from being manipulated, emotionally blackmailed, harassed, attacked, or associated with the misdeeds of those that you despise. That’s a simple rule that even a small child can learn: you don’t take candy from bad people.