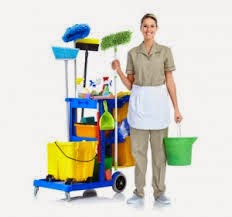 We often hear concerns that immigrants are stealing jobs from decent hard working American people, but we rarely hear the traumatic testimonials of the victims of this new trend. We bring you one such gut-wrenching story about Joe, a hotel cleaner whose job was brutally taken over by Jovanka, a neurosurgeon from Serbia. Joe’s story is particularly telling because it shows what kind of shameless threats Jovanka used to scare off Joe from his job.

“She started threatening me the moment we met”, Joe begins his shocking testimonial. “First, she threatened that she would work for $2 to $5 less per hour than my current wage.” But, as Joe continues with a trembling voice, we learn that this was just the beginning. Then Jovanka became even more aggressive. She started threatening that she would work 12 to 16 hour shifts. “At that point, I realized she was not going to stop”, Joe continues visibly shaken. “I started succumbing to the intimidating threats and tried to scan my surroundings for a safe escape.” It turned out this was a good move by Joe because the aggressive neurosurgeon intensified the mental torture. She threatened that she would be available to the employer at a phone call, at any time, that she would work without a medical, dental or pension insurance, that she would not complain when the bosses and hotel guests treated her like dirt, and, worst of all, that she would actually do her best to be polite to everyone, including those hotel guests that insult her.

At that point, Joe was terrified to his core. He felt he had to escape to a safe place, far from this human monster. So, Joe left his job to this unscrupulous Serbian and applied for unemployment insurance. In the meantime, Joe is receiving psychological counseling to help him deal with the scars from this traumatic experience. We wish him well and hope our government will do something to prevent such tragic events happening in the future. 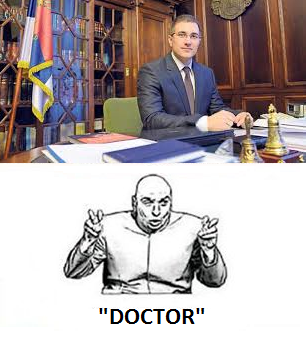 Crony capitalism is everywhere around us. We are so used to it that we often don’t even notice it. Any time a privately owned business uses its influence on governments officials (e.g., friendship, money, other favors) to shape government policies in its favor or to avoid the enforcement of the existing laws, we are faced with an example of crony capitalism. Crony capitalism reduces the accountability of politicians and businesspeople for their actions and it also infringes on the freedom of others to compete in the marketplace. That’s why those obvious, staggering examples of crony capitalism are valuable for reminding us about the nature of the economic system in which we live.

One of those staggering examples of crony capitalism is currently occurring in Serbia. There is strong evidence that the PhD dissertation of the Serbian minister of internal affairs, Nebojša Stefanović, is filled with plagiarism, and that its scholarly contribution is otherwise nil. The minister obtained his PhD at the privately owned Megatrend University in Belgrade in only two years. He also obtained his undergraduate and master’s degrees from the same university while at the same time being a high profile politician in the party of the current prime minister, Aleksandar Vučić. Stefanivić’s dissertation has been examined by economists from the London School of Economics, the European Business School in Wiesbaden, and the University of Belgrade, and all the assessments conclude that it is rife with plagiarism.

In the meantime, another, perhaps even more staggering case of academic dishonesty was discovered at Megatrend. A group of scholars found that the claims of Megatrend University owner and dean, Mića Jovanović, that he earned his PhD at the London School of Economics were false. The administration of the LSE confirmed that Jovanović never attended the LSE.

In these conditions, one would expect some sort of a mitigation strategy by the political authorities, like moving the incriminated minister onto a different, less prominent position. However this did not happen. Serbian prime minister, Aleksander Vučić, defened Stefanović from the day the first evidence of plagiarism came out. In a press conference, he even called the analysis by the LSE economists as “the stupidest explanation” he has ever seen. He even publicly claimed that the minister of education agreed with his assessment of the LSE scholars’ analysis.

As most of the media outlets seem to be reluctant to publish anything that might anger the state officials, the public outcry about these developments has been expressed mostly through the blogosphere. The public’s frustration mounted as there was no action on the part of the government. Eventually, the government curbed some of that outcry by recommending that the dean of Megatrend University resign from that function, which he did soon after. But, in his resignation speech to the faculty and staff of Megatrend, he said there is no need for worry and happily exclaimed that “we have strong support from the prime minister.” Minister Stefanović is still in his position and rejects all accusations of plagiarism.

However repulsive or shocking the actions of the people involved in this case might seem, they are perfectly explainable. Minister Stefanović is a young, aspiring politician, but he was missing some academic prestige to cement his rising political trajectory. He is also the kind of person the Serbian prime minister obviously likes and wants to have as part of his government. But, as Stefanović may not have the academic committment necessary for satisfying the basic standards of academic integrity, it may be beneficial for his boss, Vučić, to persuade Megatrend’s examiners to lower their standards in this case. This persuasion does not even have to be direct. It is enough for the examiners to know that, as their dean had said, “they have the full support” of the prime minister. As this support may weaken if they fail his favorite party member, the incentives for lowering the standards of academic integrity are set in place. The only thing left is to start the well-oiled clockwork of crony capitalism.

Discovering Stefanović was the first glitch in the functioning of this clockwork. This glitch opens the question of how many times academic standards in Serbian higher education have been lowered in the past. How many fake doctors are there in the political and economic establishment of Serbia?

To the uninitiated, this may sound like a story straight out of a Saturday Night Live or a Monty Python sketch. But, it is painfully real. We should use its painfulness to underscore the basic features of crony capitalism present in almost all spheres of political and economic activity in all countries. We often gradually get used to politicians using the force of the state apparatus to help their buddies and we stop noticing. But the fact that we get used to crony capitalism does not make this social arrangement any less dangerous. It only takes us further in the direction of living in a Saturday Night Live or a Monty Python reality. 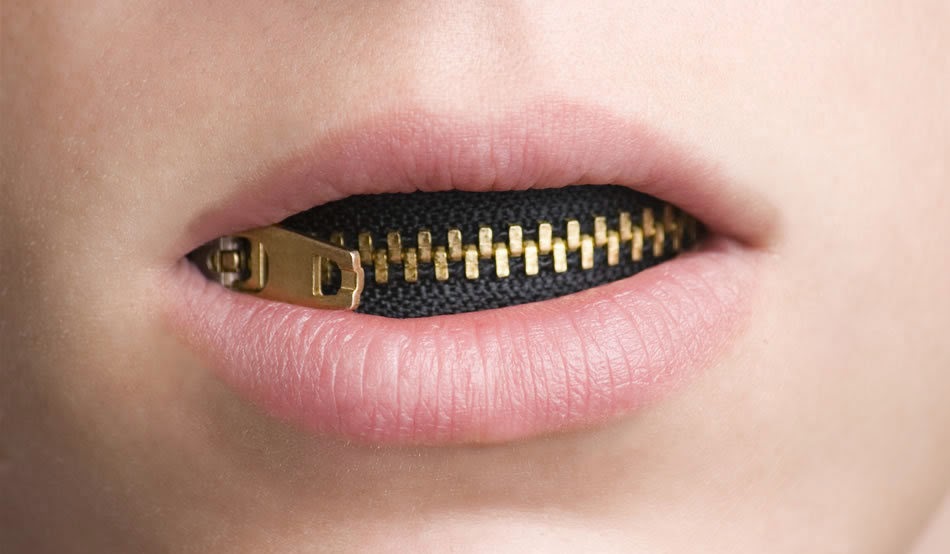 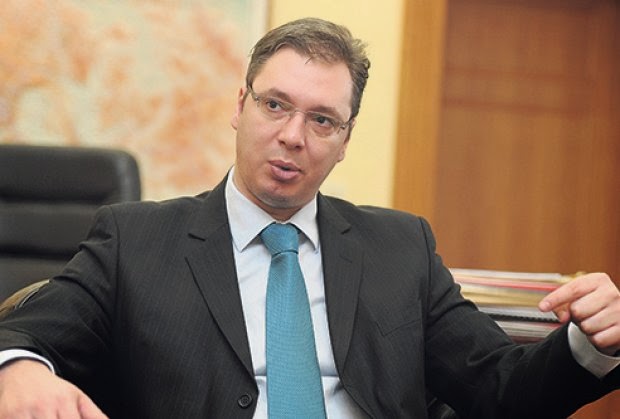 One of the first lessons economics students learn in their first economics course is that supply and demand affect price. An increase in supply reduces the price of a good because there is more of the good available, and the only way all of it can be sold is if the new supply is offered at a lower price. In fact, you don’t need an economics degree to understand this relationship. If you ever tried to sell anything, you know that the first question you want to answer is: how much are others asking for the same product? You want to know this because you know that the best way to sell your product is to ask a little bit less than the competition. If you understand this, it will not be hard to see the fallacy in the picture below. 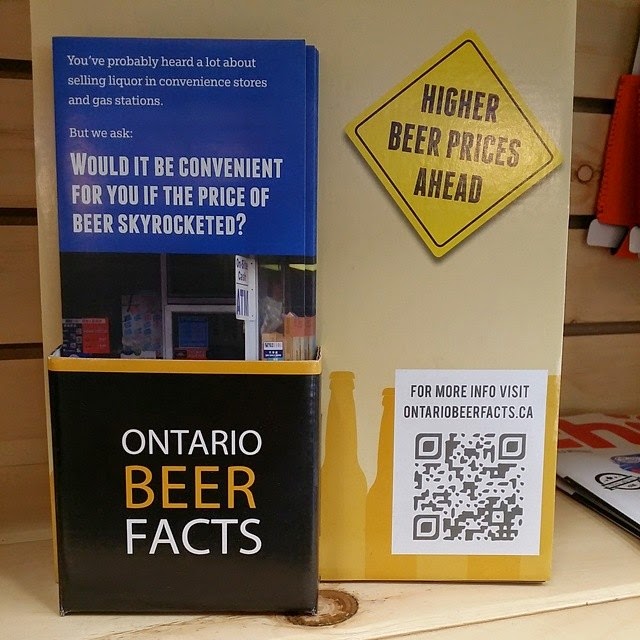 For background info, please see this.