A priorism is somewhat of a dirty term these days. It is often equated with dogmatism or with intolerance toward empirical research. This is unfortunate because we are all a priorists. The a priorist nature of any scientific discipline, or for that matter, of any knowledge acquisition technique, is embedded in the nature of human communication of knowledge.

The extent to which one human can explain anything to another human is limited by the number of words in the language that these two individuals understand equally. To define the meaning of a word, one must use other words. Then, one may need to define the meaning of every word in this definition using yet other words. To avoid circular definitions, these words must not include the words that we were trying to define initially. If you continue this process, you must conclude that all definitions must be based on a set of words that are assumed to be equally understood by both individuals. The smaller the number of these words that are equally understood, the less one individual can explain to another.

This tells us that we all need the belief that some ideas are understood without any explanation. Their meaning is assumed to be given to us. It is thus inappropriate to claim that, for example, economists who are a priorists are somehow fundamentally different from other economists or from other scientists. It is just that a priorists are more transparent about the methodological nature of their knowledge.

Ronald Coase is famous for his analysis of the role of transaction costs for the emergence of institutions. He explained the emergence of a firm as an institutional adaptation to high costs of coordinating production activities within the market process.

For example, if the production of a Honda Civic was organized exclusively through market transactions, each production activity would have to be performed by an independent individual producer. In such a world, I might be earning my living by buying the Honda civic exhaust manifold on the market, drilling the holes for the screws, and selling it on the market to the person that will connect the manifold to the cylinder of the engine.

The cost of coordinating my actions with the actions of other producers of Honda Civic parts would have to be lower than the cost of coordinating the production activities through administrative decisions within a non-market organization. Part compatibility, sizes, material quality, timing of production and other features of the production process would have to be successfully coordinated within the market. In the end, the last person in the production process would buy an almost finished Honda Civic from the second last person, and this last person would add the last screw, or the last sticker, or whatever the last part would be. This last person would then sell this car to a retailer or to a consumer.

You probably see that this is an unlikely scenario. The number of activities that would need take place for market participants to coordinate the production of a Honda Civic would be overwhelming. It simply makes more sense to get together and organize production as a group, a team. The name we usually give to this team is the firm.

Thus, in a world where the coordination of production activities in the above described example would be so hard to achieve, that it would be nearly impossible to produce a car by independent market participants, people found another way. They coordinate the production activities not through market transactions but through administrative decisions made by managers within a firm. The managers make sure that the part I am making will fit with the part the person on the assembly line next to me is finishing. We obey the orders of the manager and the job gets done.

However, there are limits to a firm. When coordinating production through administrative decisions becomes more costly than coordinating actions through market transactions, firms turn to outsourcing. They may buy some parts from another firm. For example, most car manufacturers buy some generic screws from other firms rather than producing the screws in house.

Notice, however, that the limits of a firm also include how far a firm can go in using administrative decisions in coordinating labour activities. Firm employees have lives outside of the firm. The firm needs to enter into a market transaction with the potential employees and offer them a satisfactory monetary compensation for their services. This means that coordinating production activities through market transactions with labourers is less costly than coordinating production by managing all of the employees’ activities 24 hours a day. This implies that employees and employers expect higher payoffs in a scenario in which employees are free to invest their wages in their own capital resources as opposed to their employer providing all capital resources for them. In this sense, freedom is an institution that reduces transaction costs relative to complete employer control over the employees’ life.

On the other hand, in a world in which coordinating production through direct command and control is more cost effective, compared to coordination through market transactions, we may expect the development of an institution that resembles slavery. Slaves would live on the property of their employer and all of their activities would be directed by the employer.  Notice that “slavery” in this case is voluntary. What is implied is that people don’t dislike being told what to do all the time, or, at least, that their dislike is not sufficient to overturn the benefits of higher productivity resulting from being told what to do all the time. In other words, voluntary “slavery” may be the most efficient social arrangement in some cases. 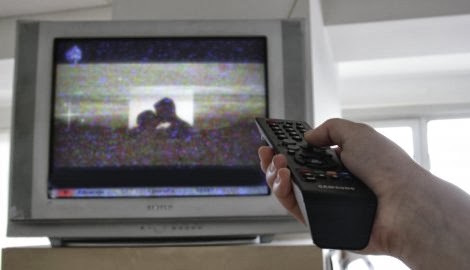 Ronald Coase and Friedrich Hayek developed two distinct and sometimes incompatible research programs (i.e., when it comes to the purpose of the law in society, their views diverge). However, their research programs are profoundly complementary in the way both Coase and Hayek viewed the purpose of economic models. In economics today models are generally used a simplified representations of reality. The implied assumption within this view is that any simplifying assumptions may affect our ability to describe minute details of reality, but that these assumptions would not obscure the qualitative features of the reality contained in our models. However, this was not the view Coase and Hayek held. In fact, they championed showing explicitly how the assumptions underlying some of the most popular economic models create a world in which the fundamental economic entities like firms, markets, or prices have no purpose.

In Coase’s and Hayek’s views, models were not supposed to be simplified descriptions of reality but tools for examining the implications of our assumptions. These models would help us understand the implications of our assumptions by providing a picture of a strange world that could never exist. What these models would help us illustrate then are the features of reality that give rise to social institutions we observe (like prices, markets, firms, law). Coase showed that the model of perfect competition cannot help us understand the function of the market and firms in society. Furthermore, Coase demonstrated that this model is also helpless in providing an understanding of the origin of externalities. On the other hand, those who use the model of perfect competition as a benchmark for defining externalities imply that this model is not only how reality might be but also how it should be. Hayek showed that the model of perfect competition, which presupposes that all relevant information is available to all market participants, has no purpose for market prices. Nevertheless, the “perfectly competitive price” holds such a prominent place in contemporary economic theory. This indicates that Hayek and Coase had quite a different perspective than do most contemporary economists.

I had a conversation recently with a family member (let’s call him Jim) who was quite passionate in claiming that workers in Asian countries like Bangladesh that produce clothing and other products sold by North American retailers are being exploited by their employers. Jim’s argument was that these workers were paid only a fraction of what an average North American worker would be paid for a similar job, and that the other working conditions are not up to North American standards. Jim’s solution to this apparent problem was that either (1) “the industry becomes regulated” or that (2) the North American producers “return those jobs back to North America”, and thus stop exploiting the Bangladeshi employees while helping the North American middle class.

What we can, however, state as a fact, is that the Bangladeshi workers chose to work for their employers. This implies that, given the available alternatives, these people thought working in the Bangladeshi textile industry would be the most preferable option. For example, some may have left their employment in agriculture as a less preferred option. For them, the working conditions in the Bangladeshi textile industry were good enough to persuade them to leave their previous occupation. Note that the Bangladeshi agricultural labourers did not base their occupation change decision on the working conditions of an average North American textile worker. These conditions are irrelevant in this context. What is relevant are the alternatives available to the Bangladeshi people, and being an average North American worker is not among those alternatives (at least not under the current immigration policies).

Those that argue that the Bangladeshi employees should be treated by their employers similar to how the North American  employees are treated are implicitly arguing that someone should persuade the employers to give up more of their resources. Who would this persuader be and what would the “persuasion” entail? Usually, the suggested persuader is a government agency and the persuasion technique is a threat of confiscation of the employer’s physical or financial assets. Some of the economic consequences of such “regulatory” approaches are described here.

However, using the threat of expropriation to force the employers to change their relationship with the employees is not the only available alternative for those who want change. For example, those that are not satisfied with the conditions current employers are offering to their employees, can use their own resources and offer better conditions to these employees. This way, instead of using their resources and energy on persuading the government to use the threat of force (and, again, more taxpayers’ resources) against the current employers, the dissatisfied third parties can, in fact, demonstrate in practice their care for the “exploited” Bangladeshi textile workers. The same way the current employer offered those Bangladeshi workers something better compared to their previous employment, now those who think this is not good enough, can offer something better. This would surely be better for the Bangladeshi workers than sending them back to their previous, less preferred, employment if we were to follow the second “solution” and “return those jobs back to North America”.

Richard Dawkins says that free will is an illusion created by our brain. The brain, according to Dawkins, gives us the feeling that we are in charge, when we are actually not, and all we do is simply a predetermined reaction to our environment. Then, I suppose, he also understands that his annoyance by people who believe in God was not an act of his free will. That makes me feel a bit better. After all, Dawkins had no choice but to preach to others not to believe in God.