If you want to be hated by Canadians, just say that their healthcare system is broken. This is the link to a Globe and Mail piece referring to my analysis of the economics of wait times in Canadian emergency rooms. If you click on the comments section you will see the degree of negative sentiment toward this analysis. 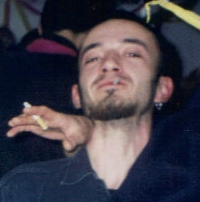 These are the three main principles that I used while quitting smoking. They worked for me, and they might work for you if you want to quit or significantly reduce your smoking. I started smoking when I was fifteen years old and smoked for eight years after that. For most of that time, I smoked at least a pack of cigarettes a day. Now, I am eight years completely smoke-free. Before that, there were two years when I had maybe two or three cigarettes in total. These are my three principles:

Live your non-smoking life one day at a time. Every day, set yourself a goal that you will not smoke that day. This will take away the burden of identifying yourself as an absolute non-smoker. Identify yourself simply as a person that will not smoke today. You don’t have to carry the burden of transforming yourself into a non-smoker right now. Instantaneous and complete personality transformations are very rare (if not impossible). Setting yourself a complete personality transformation as a goal will almost certainly be overwhelming. Thus, avoid it. Remember, you can start smoking tomorrow if you decide to do so. Quitting smoking is not a prison sentence. It is a choice that you made.

2. Within those shorter time periods, focus on the immediate present. Be proud of the fact you are not smoking NOW, at this moment.

This will make you even prouder if you feel strong craving for cigarettes. If you focus on being proud of not smoking, you will be proud that you are overcoming this craving. If you focus on the NOW, you will always be in a position to be proud of not smoking. This also means that you will avoid thoughts like this one: Wouldn’t it be nice to light up a cigarette. This thought is about the future. And, if you focus on your present non-smoking, this will displace thoughts about your future smoking. Again, remember, you can start smoking any moment in the future if you decide to do so. The reason why you are not smoking right now is because you don’t want to.

There is no reason to feel bad about your past attempts to quit smoking. The fact that you did not become a complete non-smoker in the past does not determine whether or not you will smoke now. If our past determined our future, then no one would ever learn anything. Learning is impossible without “failure”. If you have never “failed”, you have never learned anything.

It is a bad idea because if you decide to negotiate, you are sending the message that your first offer was not the most you can do for your child. This is a message of dishonesty and reservation. You are hoping they won’t ask for more. You are hiding your true capacity to go in their direction. If you want to build trust and clarity with your child, offer your maximum right away.

There is a stigma attached to the productive activity commonly called employment “off the books” or “under the table”. This is the case in which the employer and the employee hide their relationship from the state and thus avoid being forced to pay levies to the state or comply with state regulations.

The stigma attached to employment “off the books” is unfortunate for at least two interrelated reasons. First, this stigma is based on widespread misconceptions about the nature of the productive relationship between the employer and the employee. Second, the misconceptions about the nature of employment “off the books” facilitate policies that end up harming those same people these policies were designed to help—the poorest members of society. I will address the most common five of these misconceptions I have encountered so far.

1. If workers refuse to work “off the books”, the employer will have no choice but to hire them legally.

There is economic theory behind work “off the books”, and it is clear that many of those who advocate condemnation and punishment of this type of productive activity don’t understand this theory. I too worked “off the books” as a new immigrant in Canada, and I did this because this was the only way for me to be profitable to the employer. In other words, my contribution to the profit of the company was not large enough to pay for the government-required fees and regulations. If my employer had to pay all the fees and comply with all the regulations, he would have been better off not employing me at all. Employing me under those conditions would have been a waste of money for him. Many people who work “off the books”, like I did in my first years in Canada, would not have been offered their present job if they demanded to be employed legally.

In many cases, working “off the books” is the best option not only for the workers and employers but also for other members of society. If a person were to be prevented from working “off the books” and ended up being unemployed, other citizens (i.e., tax-payers) would have to provide him with the goods and services necessary for living. The unemployed person would, however, not provide anything in return. In contrast, by remaining employed “off the books” he would keep providing a productive service to others. 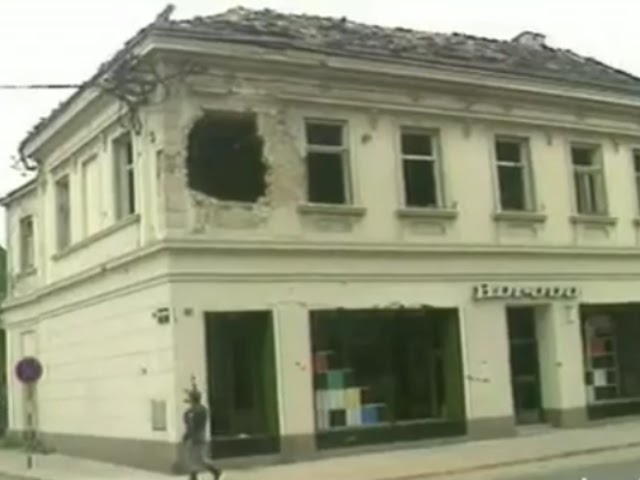 I did write about being a refugee, within an economic context, but that’s only a small part of war, and it is generally the part that I consider the least troubling. In fact, I learned a lot about the functioning of the market by being a refugee in a country in which the state was losing its grip.

However, I’ve thought about war quite a bit, and I even have had a working title in mind for quite a while. I just never got to that part of actually writing down the damn thing. Maybe this is so also because I have high hopes for this future piece. My intention is to show people how one gets trapped into thinking that war is a good idea. And, when you realize it’s actually a terrible idea for most of us, it’s already too late.

So, what I’ve decided now is to make the first step–to open a Word file and write down the working title on the first page and then save this file in “My Articles” folder.

Words that Don’t Belong Together: 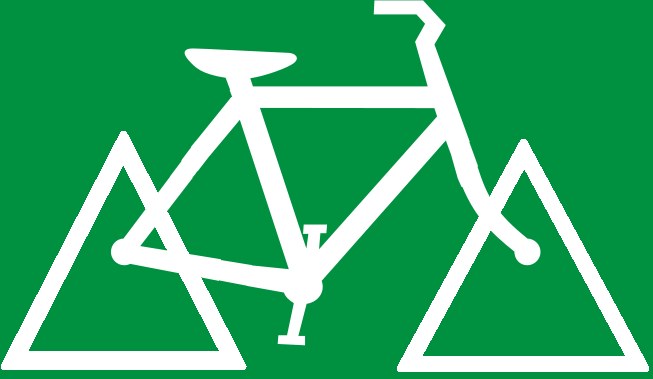 (My old list of oxymorons (or oxymora))
•       scientific consensus
•       religious tolerance
•       military intelligence and
•       university innovation!
Example:
Scientific Consensus
–         This is not the validation criterion for science
•       Darwin  and Galileo were not initially in the majority
•       Science is fragmented – there is no correspondence between the scope of disciplinary coverage and the boundaries of disputed issues
•       Consensus is usually the precursor of paradigm shift (Kuhnian scientific revolution)
A new oxymoron for my list, used yesterday by the British Prime Minister David Cameron:
Free market politics (why is this an oxymoron?)

A long time ago, when I was still in Belgrade studying forestry, I loved the first and second year courses, and I ended up having a top average in my generation. Then, at the end of the second year, due to various circumstances, I lost interest in school. I thought then–I know I can do it if I want to, but why should I? Who cares? I need something more challenging. 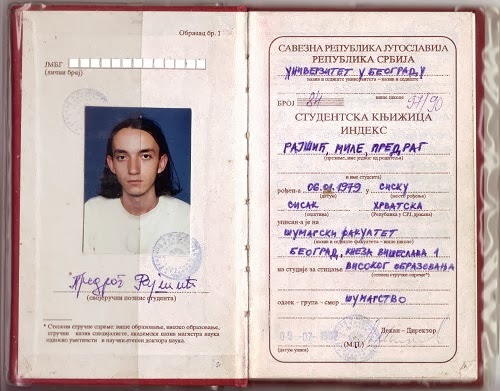 Soon after, I learned many things I hadn’t known before, but I failed third year, twice. I simply didn’t care. There were more important issues to resolve, like how to use Jung’s psychoanalysis to resolve your inner conflicts; how to live in peace with the past; how to look forward to the future.

moved me. Some guys, very limited in their abilities, talked to me with a noticeable sense of superiority. Their condescending tone was awakening. At that moment, even though I knew I would be going to Canada in a few months, I decided to show to myself that I can still do what I used to do before. I took our soil science textbook, read it from cover to cover, went to an exam after more than a year of not taking any exam, and got a 90%. The professor even asked me if I was considering graduate studies in soil science. I said–maybe, I don’t know yet.

I don’t remember if I ever met those guys again, but I will always remember the last few minutes of the conversation I had with my soil science professor. The way he talked to me brought back the sense of self worth to me at that moment. 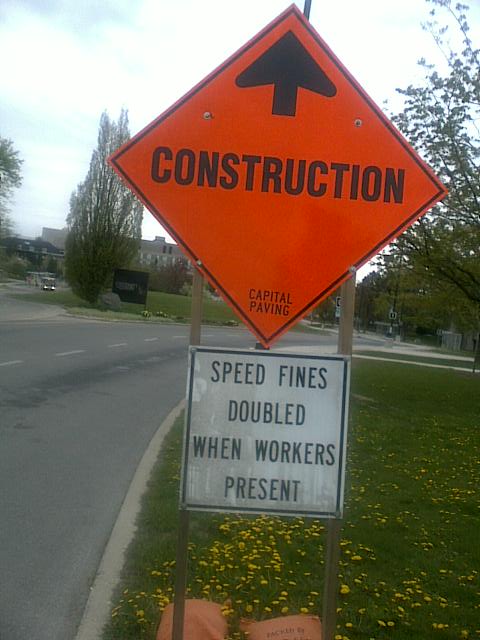 If people have free will, then the degree of our “influence” on them is a matter of their choice. A more accurate description of what people mean (or ought to mean) when they talk about planning within society is–coordination of individual plans. Every individual plans his/her own actions while taking into account what he/she believes about the plans of others.